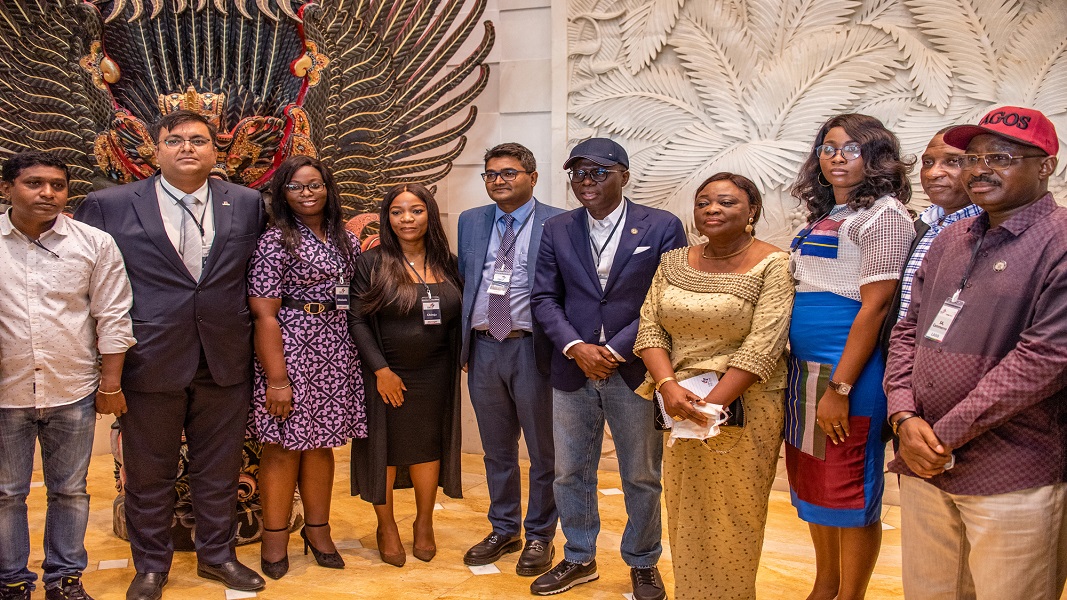 …Sanwo-Olu Reaffirms Commitment to Infrastructural Development in the Axis

Lagos Nigeria. Friday March 19, 2021. In line with its vision to be the preferred industrial hub and investment destination in West Africa with world-class infrastructure, the Lagos Free Zone (LFZ) which already has a committed investment of $2 billion is poised to attract an additional $5 billion over the next 4 years.

This was disclosed by the Chief Executive Officer, Lagos Free Zone (LFZ), Mr. Dinesh Rathi at the Corporate Headquarters of the company in Ibeju-Lekki during the official visit of the Executive Governor of Lagos State, Mr. Babajide Sanwo-Olu and his cabinet members to the zone on Friday, March 19, 2020.

Rathi further explained that the zone, established in the year 2012 is being promoted by Tolaram Group - a leading conglomerate in Nigeria with a 15,000 strong workforce and 19 manufacturing facilities in Nigeria, 5 of which are located in the Lagos Free Zone.

On the ease of doing business, he stated that the Lagos Free Zone (LFZ) is simplifying the entry & operations for foreign investors in Nigeria & by extension improving the EODB situation.

Speaking during the visit, the Executive Governor of Lagos, Mr. Babajide Sanwo-Olu lauded the management of the Lagos Free Zone and its promoters - Tolaram Group, for their commitment and investment in the zone which would boost the economy of the state and that of the nation. He praised Lagos Free Zone for being one of very first settlers in the area and for making tremendous improvements and progress, in partnership with other international and local businesses and brands. He also commended the LFZ for making the Nigerian youth part of the development conversation and creating opportunities for empowerment.

Sanwo-Olu noted that with over $2 billion already committed investment in the zone and the forecast of another $5 billion inflow expected within the next 4 years, the Lagos Free Zone is a key driver for the future of the economy of the state.

The Governor pledged that his administration would prioritize the issue of the infrastructural development projects that would act as catalyst to speed up investments in the Zone.

Making a presentation to the Governor and his entourage, the Manager, Business Development & Marketing, Lagos Free Zone, Mrs. Chinju Udora explained that the Zone which is integrated with the Lekki Deep Seaport is strategically located 65KM south-east of Lagos City on 830 Hectares of land and has already generated more than 10,000 direct and indirect jobs with 80,000 more jobs to be generated in the next 10 -15 years within industrial and services sector.

Udora described the zone as a 360 - degree ecosystem that would transform the way of doing business and strengthen Lagos’ position as the commercial nerve centre of West Africa. She stated that the zone will comprise of 70% Industrial; 20% Logistics and Support Services and 10% real estate to create a LIVE, WORK and PLAY environment in line with international best practices.